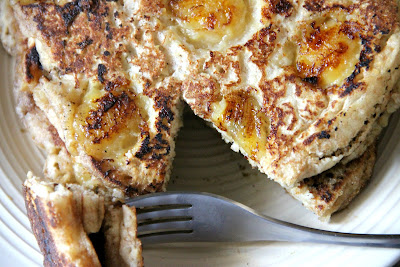 Boy oh boy do I have a story for you… One that scarred me for life. Ferrr realsies.

On Wednesday, my family decided to step away from school and everything and go to a lodge about an hour away where we could spend the day at a pool, taking in the scenery, and relaxing. Sounds great right? Well… By the pool, there were dozens of baboons just walking around. And these things weren't little. They were HUMUNGO. In the words of my father, "The size of a small human." Gross right? They weren't really bugging us, UNTIL they walked by our stuff that was laying on a chair. They jumped up, started rummaging through it with their gross little hands, and ran off with 2 bananas. THEY TOOK OUR BANANAS! How could they do such a thing! 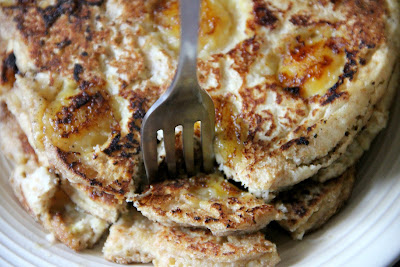 Anyways. I was totally grossed out and making some weird girly faces and noises. Hey, it's in my being. My dad was shooing them off and those stupid baboons were hissing {it actually sounded like barking} and showing their teeth. So this is where it gets crazy… As I was walking by one, getting ready to go into the pool, I stepped in onto these rocks that were in the middle. That made no sense, so let's get visual here. 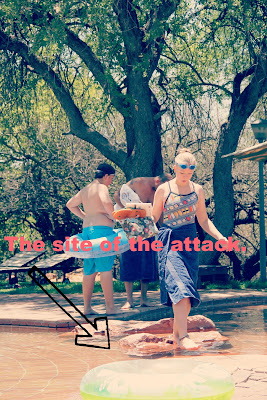 As I walked on the rock, going about my business, one of those dumb things CAME AFTER ME! Yes. I was totally attacked by a baboon. Like legit. It was on the same ROCK as me! So I flung myself into the water, because apparently they don't like to get wet. After my adrenaline slowed down, my mom noticed that I had a scratch on my upper thigh. I now have four scratches and it totally looks like its claw. Which REALLYYYYY grosses me out! Anyways. Luckily, it was only its nails. Because if it bit me, I would have had to get rabies shots and all that good stuff. And all I have to do now is put some ointment on it just to make sure it doesn't get infected or anything.

Moral of the story: Baboons suck. And I now have an irrational fear of them. 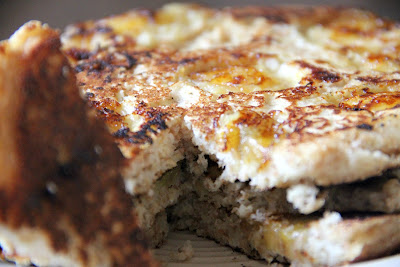 In other new, I made pancakes. Yesterday, I was blog-stalking Audra over at The Baker Chick. {If y'all haven't already, go check out her blog! It's so ADORABLE and her recipes totally had me drooling.} I found this yummy recipe for Mama's Multigrain Buttermilk Pancakes.  MY WORD! I knew instantly they would be my breakfast of choice the next morning. And so they were! Light, fluffy, pancakes that get some great texture due to the cornmeal, oats, and wheat flour. For some sweetness, I sliced bananas on top after they were in the pan for a couple minutes and then flipped them. The bananas got all soft and caramely and just down-right heavenly. 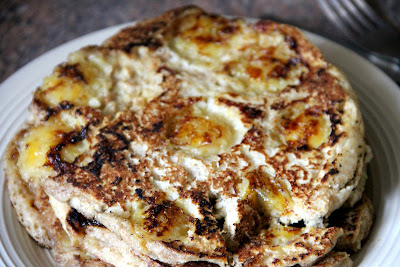 Mix the dry ingredients until combined. Whisk in the buttermilk, egg and oil until well combined.
Heat your griddle/skillet over medium heat and coat the pan with butter. Using a 1/4 cup measurer, scoop batter onto heated griddle and wait for bubbles to form and pop on each pancake. Place the bananas slices on the side that is facing up. After a few minutes, lift edge slightly to make sure it's browned and then flip it. Repeat with the rest of the batter.

Question of the day: Have you ever been attacked by an animal?
Weird question, I know. I think this was the first time for me other than just being jumped on my dogs. But seriously. Scariest moment of my life!

Hope you all have an awesome weekend! One that is free of baboon attacks.