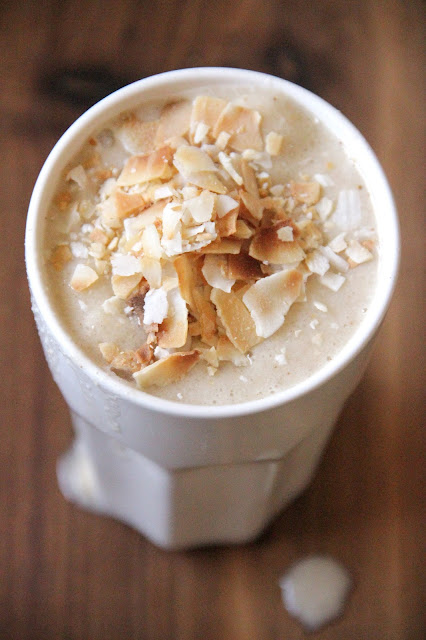 The temperatures are rising, and all I want is smoothies. Fresh, cold, icy, refreshing smoothies. Green smoothies, chocolate smoothies, strawberry smoothies, ALL THE SMOOTHIES! I could probably have one for every meal and would totally be a happy camper.

I've recently become obsessed with toasted coconut. OBSESSED, I tell you. It's crunchy, crispy greatness has been adorning my breakfasts lately and I just can't get enough. You can't get shredded coconut around these parts other than "desiccated coconut" that's basically like snow.

BLEHHHH. Def not as pretty as these big, chunky flakes I found at a grocery store when we were out of town awhile back. I got a big 'ol bag and it's almost gone. I sad. 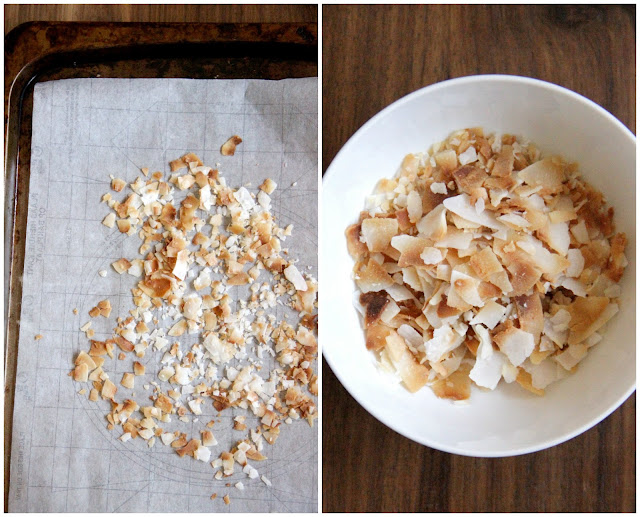 This smoothie is so simple and refreshing. Nothing fancy going on. Just a few bananas, coconut that's been lightly toasted under the broiler, some light coconut milk, ice cubes, and a little dash of cinnamon and vanilla extract for added flavor. Then ya throw it all into a blender and blend it up until all smooth, creamy, and luscious.

I not only topped the smoothie OFF with the toasted coconut, but it also found its way into the blender. Coconut errrywherrrrrr. It gives the smoothie a little funkalicious texture that I absolutely adore. I also love when the shredded coconut that gets sprinkle atop the smoothie freezes and becomes extra crunchy. 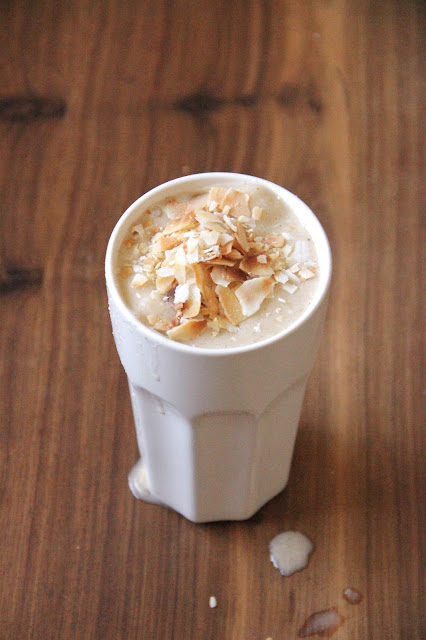 What I'm trying to say is… You need this in your life.

Have it for breakfast. Have it for a snack. HAVE IT FOR LUNCH! Been there, done that. I won't judge. 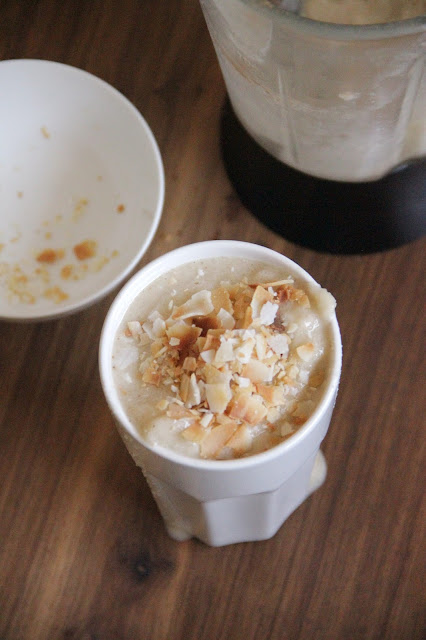 Spread coconut onto a lined cookie sheet. Place under your broiler for about 2-3 minutes or until golden brown; set aside. Place all ingredients {save a tablespoon or so of the coconut for topping if desired} in a blender and blend until smooth. Pour into two small glasses or one large glass and top with remaining toasted coconut. Serve immediately.