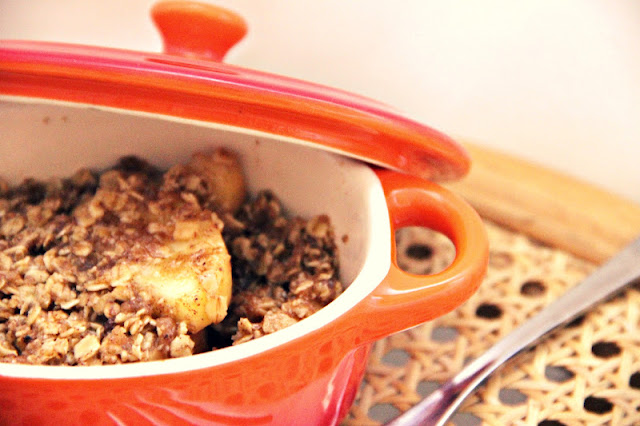 MMMM… Who doesn't like a nice hot apple crisp on a cold
African morning? Never thought you'd here cold and African in the same sentence, huh?
Me neither until we got here… The morning get pretty chilly! 40's-50's for sure. Great
sweatshirt and fuzzy socks weather;) 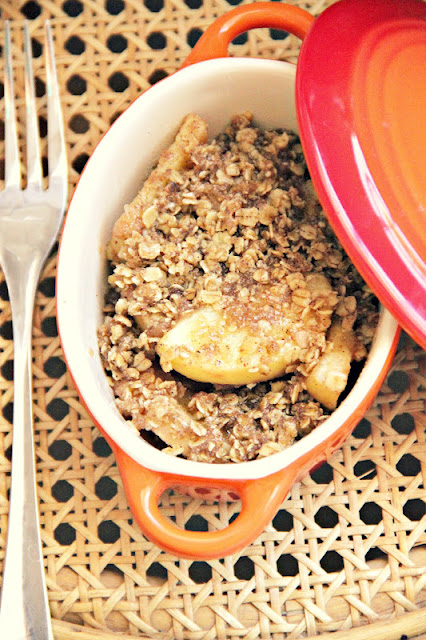 I forced my self to run this morning… You know, it's really not easy
getting out of bed when you- for some odd reason, wake up at 6:15
and you hear the pretty little birdies outside your window singing their little songs
and it's super cold. But I did it. And I felt really good after I ran. It's just the
getting-out-the-door part that nearly kills me.
So after I took my shower and got all freshened up, I decided to reward myself with
a somewhat healthy and stinking delicious breakfast. 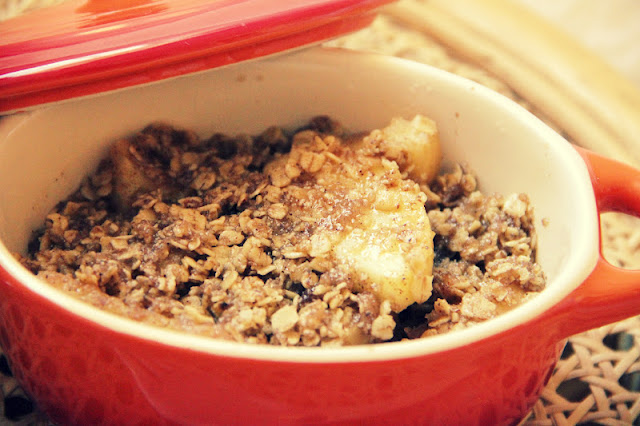 The recipe that I used actually said to put it in the oven for 30 minutes…
I was like "YAH RIGHT!" so I decided to microwave it instead, and it worked
perfectly perfect.

P.S. How ADORABLE is that little "Le Creuset" wanna-be? I got that
at one of my favorite stores "Mr. Price"… Let me tell you, that store is a little
bit of heaven for me. When you walk in there you most definitely would have
no idea you were in Africa. The store is filled with loads of cute bedding {I got most of the
things that are in my room from there}, other house stuff, and lots and lots of dishes.
I got A LOT there for only about $15! :)

Talk about getting side-tracked…
APPLE CRISP!
Ahh it was so good! When I set it down and took the lid off, it
filled my room with the most amazing aroma ever.
Apple-y, cinnamon-y, caramel-y goodness!

Check out some other single serving recipes!

Link up to Sweet Saturdays {#5}

I noticed I've gotten a few new followers {EEEK! So close to 100!!!}
And I'd like to thank you all for coming on over! Learn a little bit more about The Baker!
I'm so excited to get to know y'all!

Have a lovely day!
-Sophie